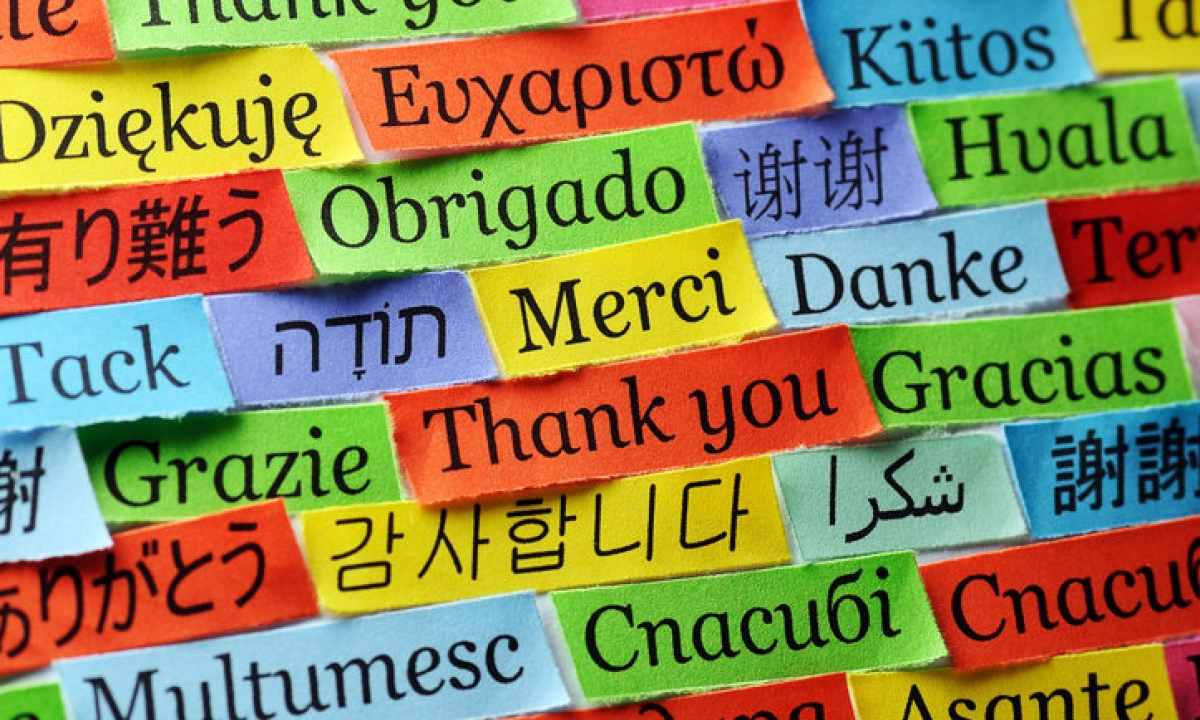 Most and Least Valuable Languages To Learn

Which language should you learn in order to take home the highest salary?

Whilst there is currently no specific policy on language learning in England, students are being urged to boost their career prospects by studying a foreign language. The National Curriculum states that a foreign language will be taught to all pupils in Key Stages 2 and 3, from 7 years right up to 14 years old. But which language offers the most money and which is most in demand?

We conducted a study and analysed 104,000 job adverts in the UK on Adzuna, looking for foreign-speaking skills and revealed the languages that employers offer the most salary for… 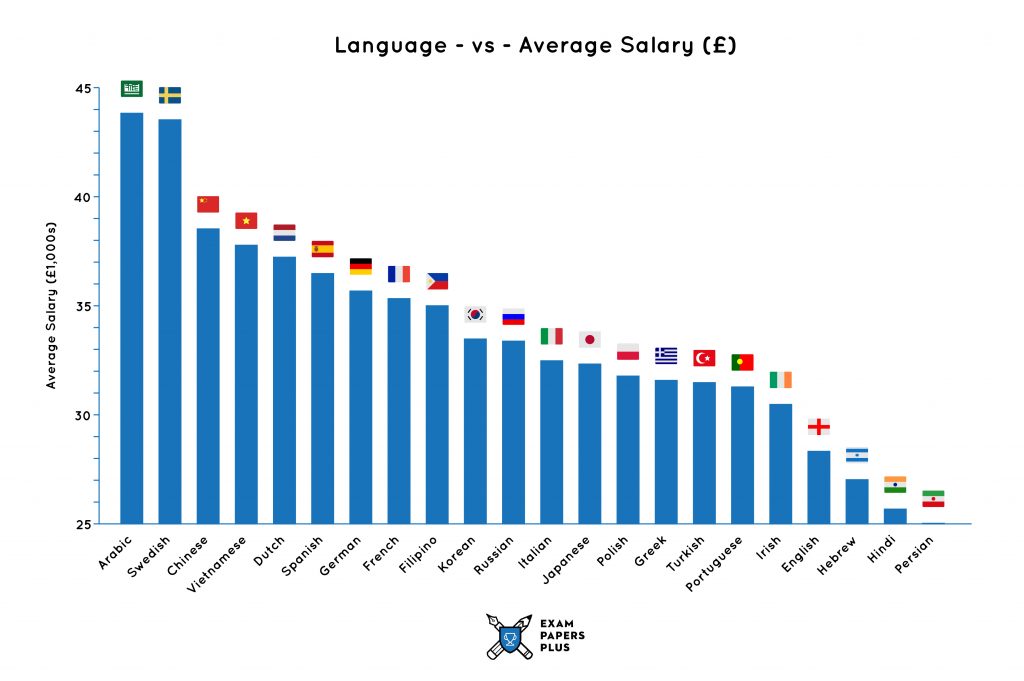 We analysed 22 of the world’s most common and in-demand languages and found that Arabic is the best language to learn in terms of the average salary on offer. Those who are fluent in Arabic can earn a whopping £43,879 a year as the language is also in demand, with 1,391 jobs currently advertised on Adzuna.

Coming in at a close second is Swedish, which offers an average salary of £43,565.00 a year. Whilst the number of jobs available is considerably less than Arabic, with 915 jobs and such a high salary on offer, we believe that Swedish is one of the most beneficial languages to learn.

The third best language to learn is Chinese, with 2,400 job advertising searching for people fluent in the language. The average take-home salary for a Chinese-speaking job is £38,530.

According to the data, Persian is the lowest valued language to learn based on the average salary. There are currently just 66 Persian-speaking jobs advertised on Adzuna in the UK, offering an average salary of £25,090. You can earn more working full time as a Sales Executive or Administrator with no language skills!

The second-lowest valued language to learn according to its earning potential is Hindi. There are 319 listings advertising Hindi-speaking jobs in the UK. This is a skill set with quite high demand but for an average salary of £25,767 – is it worth it?

Also placed within the bottom three languages is Hebrew, which offers a mere 57 of the 104,000 job listings. Those who are fluent in Hebrew could earn an average salary of £27,038.

But which language is the highest in demand? 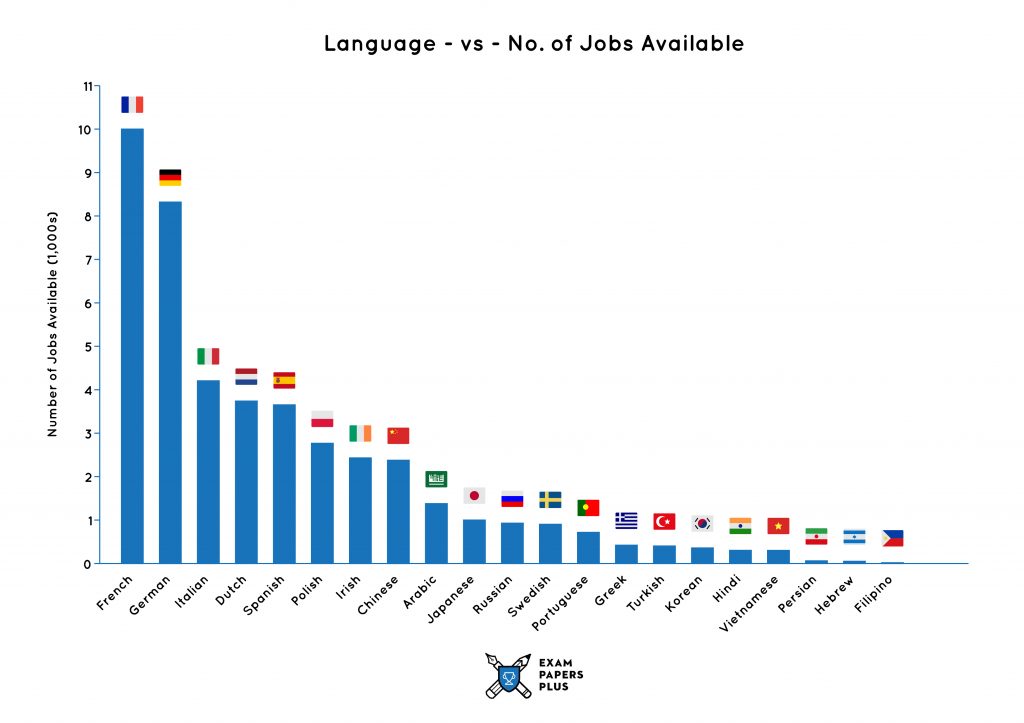 Our data reveals that the English language is the highest in demand by a long shot – with a staggering 59,981 jobs advertised on Adzuna!

However, this number is made up of job ads looking for English teachers and tutors.

Despite such a high demand, the average salary for English speaking jobs is £28,329 – which just narrowly misses the bottom three worst languages to learn based on the salary offered.

Interestingly, the languages which come in as the first and second most in-demand after English, have recently made the news due to the fall in the number of pupils studying those languages. 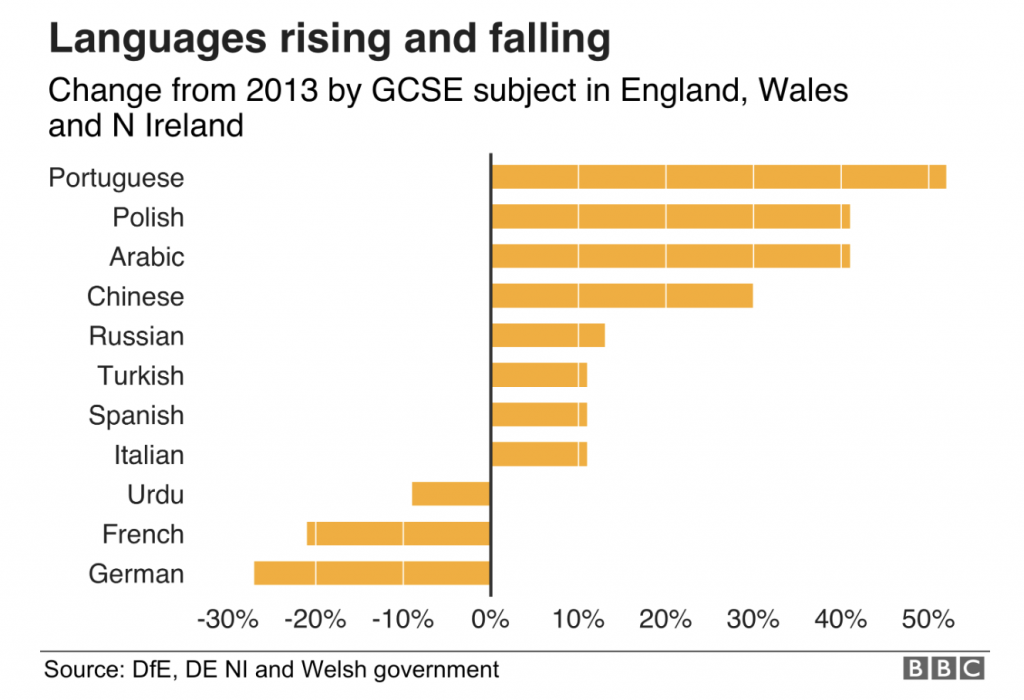 According to the BBC, the number of students studying French has dropped by over 20% since 2013. Whilst the number of those studying German has fallen by almost 30%.

According to Adzuna listings, there are over 10,000 jobs advertised which are looking for French speakers, boasting an average salary of £35,213!

This is closely followed by German. There are 8,360 jobs advertised which are looking for German speakers and the average salary for these jobs is around £35,859. 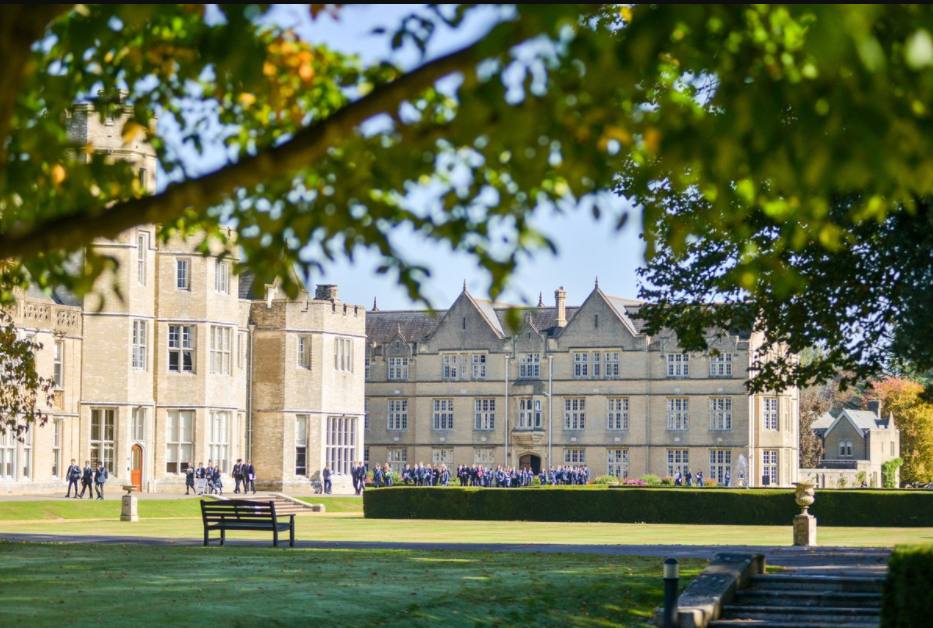 Top Independent Schools in the UK (based on GCSE results) 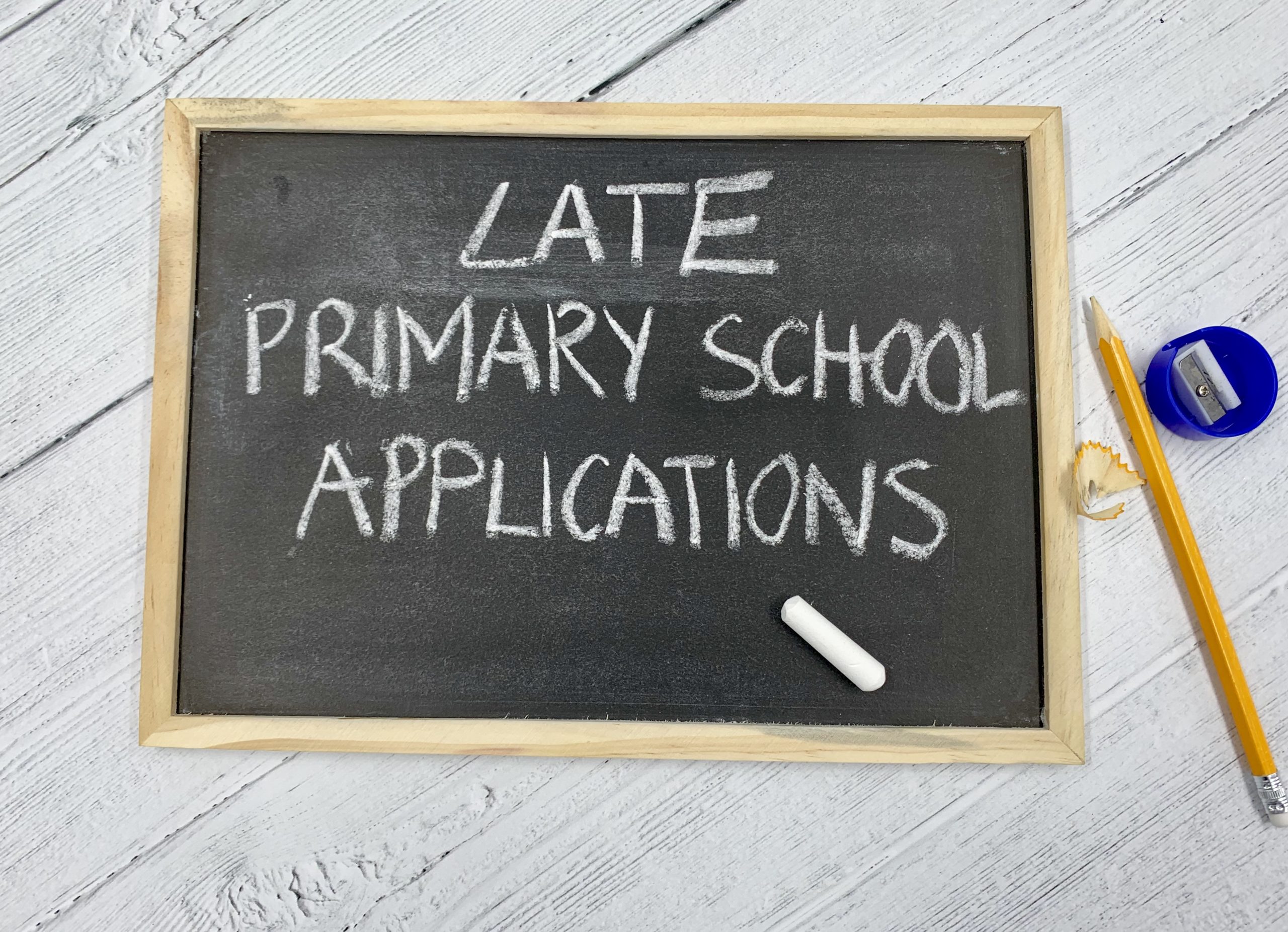 S.G in CROYDON, purchased 11+ Sutton: Comprehension Pack 1 About 19 minutes ago